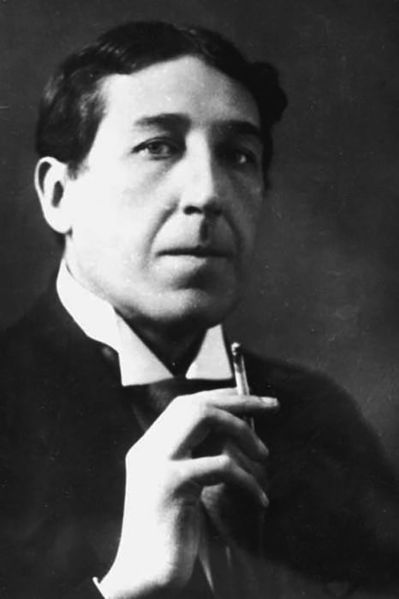 Igor Severyanin (citizen name – Lotarev) was a Russian poet and poetry translator born on May 16 (4), 1887 in St. Petersburg who lived in Estonia.

Severyanin spent his summers in Estonia, mostly in Toila, since 1913 and settled permanently in Estonia in 1918. Severyanin, who was declared “king of poets” at a poetry reading contest in Moscow, came to Toila where he had spent his summers during childhood and also as an adult after the Russian Revolution in 1918. In Toila, the 31-year-old poet met a 17-year-old local maiden Felissa Kruut at a music and declamation evening; her musicality and charm deeply impressed Severyanin and the Russian poet settled in Estonia permanently.
After they were married in 1921, their home at Pikk street in Toila turned into an outing destination for many Estonian writers, including Henrik Visnapuu, Valmar Adams, Marie Under together with Artur Adson and also Friedebert Tuglas with his wife Elo.

He repeatedly went on literary performance tours in Estonia as well as in Poland, Germany, France, Bulgaria and Yugoslavia.
The Russian avant-garde “king of poets” of the beginning of the 20th century emigrated to Estonia in 1918. With the help of his wife Felissa Kruut, he translated Estonian poetry into Russian and promoted it on his tours abroad. Severyanin’s poetry was very popular in Russia during 1913–1916 when he took long declamation tours and reached brief but enormous popularity.

In introduction of Estonian poetry to Russian readers, Severyanin did more than any other before him. As an acknowledgment of his translations, Severyanin was granted support of Cultural Endowment of Estonia several times.
In his Estonian-era poetry, Severyanin pictured the beauty of country nature. He continued to publish poetry books in Russian language (e.g. “Crème des violettes”, “Pearl river” 1919), participated in almanac “Via sacra” (1923).

Nevertheless, the poet led a simple life. Publication of his works became harder and harder by each year but his poet pride did not allow to take on any other jobs. Trips to foreign countries ended with change of residence in Estonia – Severyanin left Toila in 1935 and lived in Tallinn, Pühajõe, Saarküla, Narva-Jõesuu, Paide.

Weighed down by anxieties of life, Severyanin almost gave up poetry and announced in “Vesti Dnja” newspaper in February 1940: “I value poetry and my name too highly to leave new poems lying in a desk drawer.” After the coup in 1940, Severyanin hoped to get continuous literary work and publish unpublished manuscripts in Soviet publications. A hope it remained. A few of his poems were published in “Ogoniok” and Krasnaya Nov” magazines. And that was it.

Russian poet Igor Severyanin died in Tallinn on December 20th 1941 and was buried in Tallinn Inner City Cemetery. Due to his grave, a road planned through the cemetery was not constructed as planned during the Soviet time and so the cemetery was left intact. Destruction of this cemetery would have been a blow to Estonian history because many great Estonians have found their last resting place there. Burial place of the Laidoner family is here – General Johan Laidoner is buried in Kirov prison cemetery but his name is written on the gravestone of his wife and son, here is also the last resting place of Jaan Poska’s family and the graves of the parents of Russian Patriarch Alexius II.

The memory of Igor Severyanin, a Russian poet who lived in Toila almost 15 years, was immortalized in 2015 with five street benches each bearing one verse of his 1918 poem “Toila”.

The poetry kilometre taking you from Mere avenue to Pikk street starts near Villa Meretare with a bench with the first verse of Severyanin’s poem “Toila”. To read the whole poem, one must walk from bench to bench and pass the Toila parish house and community centre. When you have read all five verses and rested you feet sitting on one of the benches, you can walk on to the memorial stone marking Severyanin’s home.

You must first connect to your Instagram account. You can do that under Creativo -> Theme Options -> Social Logins area.